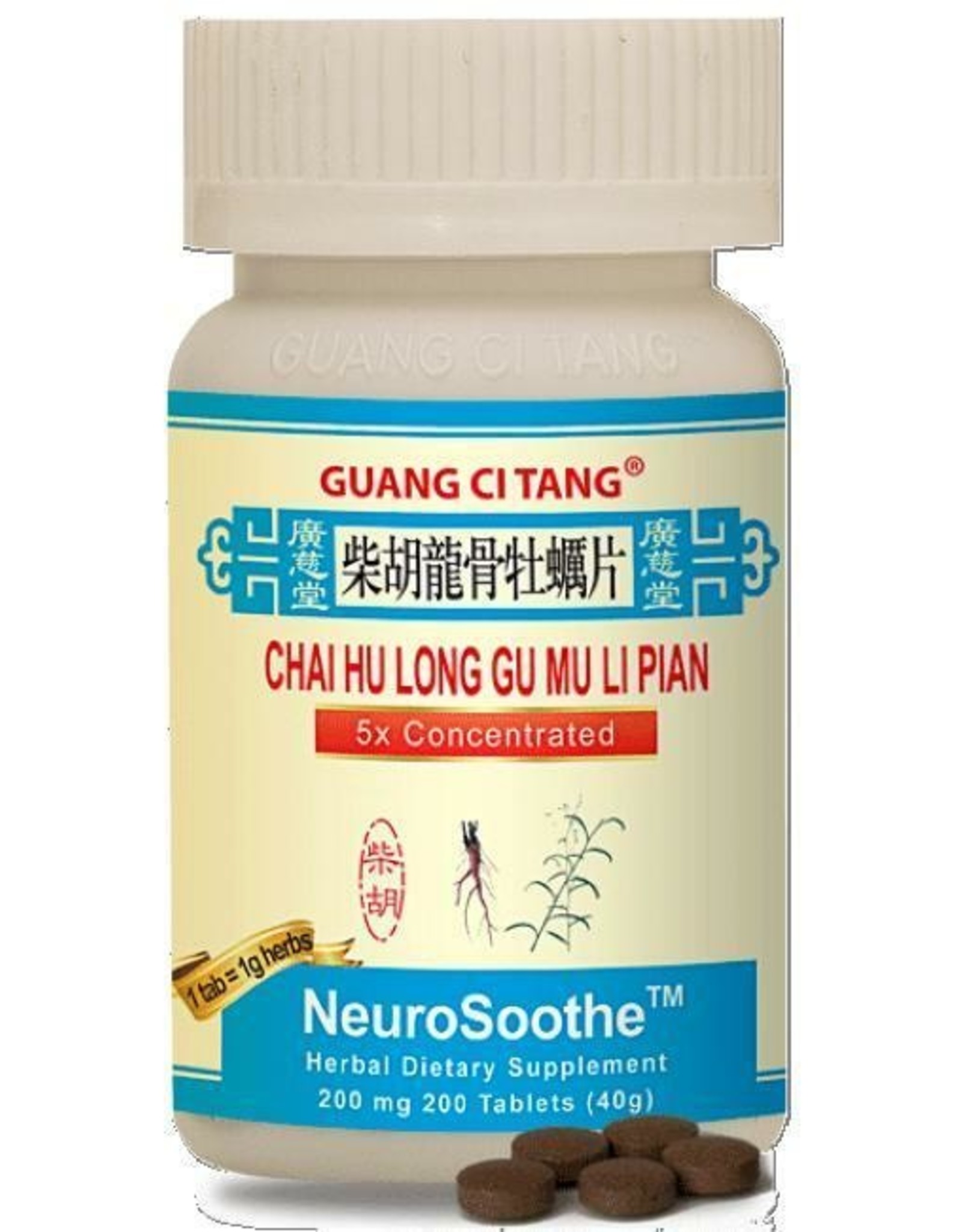 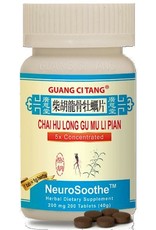 What does it do?
Chai Hu Long Gu Lu Mu Li literally means "Bupleurum plus Dragon Bone & Oyster Shell" in Chinese. It falls under the category of formulas that calm the spirit. Chai Hu Jia Long Gu Lu Li Tang originally appeared in the great classic of Chinese Medicine, the Shang Han Lun, over 1800 years ago. It was indicated for the treatment of conditions caused by the improper use of purgatives which cause an external (cold) pathogen to penetrate the interior of the body where it transforms to heat. This results in signs and symptoms associated with the "three Yang stages" of disease such as fullness of the chest, irritability, palpitations, urinary difficulty, hard stool, delirious speech and difficulty rotating the trunk.
Today, the applications of this formula have expanded to include many situations due to fear or phlegm disturbing the Liver/Gallbladder system. The hallmark signs of this pattern are sensation of fullness in the chest, irritability, heart pounding and signs of spirit disturbance. According to Chinese Medicine, the spirit (Shen) resides in the Heart. When the Heart is disturbed (as by fear or heat) it cannot reside peacefully and may 'float upwards' leading to the above signs. Typically, this pattern presents with a rapid, wiry pulse and the tongue is red with a greasy coat.
Chai Hu Long Gu Mu Li Pian is a variation of Xiao Chai Hu Tang which deals with the lesser-Yang stage (Shao Yang) of disease. Chai Hu Long Gu Mu Li Pian goes further to address all three Yang stages, including the greater-Yang (Tai Yang) and Yang-brightness (Yang Ming). The formula is composed of eleven medicinal herbs which address each of the three Yang stages and their respective meridians.
Gui Zhi (Cinnamon) is a chief herb in the formula used to resolve the Tai Yang, which is the most exterior of the three stages. Gui Zhi promotes the flow of Yang Qi (energy) which helps relieve the sensation of heavieness in the chest and body. The chief herbs Chai Hu (Bupleurum) and Huang Qin (Scutellaria) work on the Shao Yang stage to cool and regulate the Gallbladder and Liver, promote the proper movement of Qi, release pathogenic influences and resolve phlegm. The final chief herb in the formula, Da Huang (Rhubarb root) addresses symptoms of Yang Ming stage disorder by purging heat, clearing dampness, relieving constipation and arresting delirious speech.
The assistant group of herbs includes Long Gu (Dragon bone) and Mu Li (Oyster shell) which are heavy mineral substances which anchor and subdue Liver Yang and the floating spirit. Combined with Ren Shen (Ginseng) and Fu Ling (Poria), the assistant group protects the Spleen Qi, promotes urination and calms the spirit. Zhi Ban Xia (Prepared Pinellia) also has a descending action and works with Fu Ling, Chai Hu and Huang Qin to resolve phlegm in the Shao Yang stage.
Finally, Sheng Jiang (Ginger) and Da Zao (Jujube) harmonize the formula and help to further direct the actions towards balancing the interior and exterior aspects of the body.
Chai Hu Long Gu Mu Li Pian is a complex formula containing an elegant combination of herbs that are both warm and cold, ascending and descending. Great care should be exercised in pattern diagnosis and differentiation when prescribing this formula.
Ingredients
What is the formula composition?
A proprietary blend of
Bupleurum root
(Bupleurum chinense)
(Chai Hu)
Fossilized mammal bones