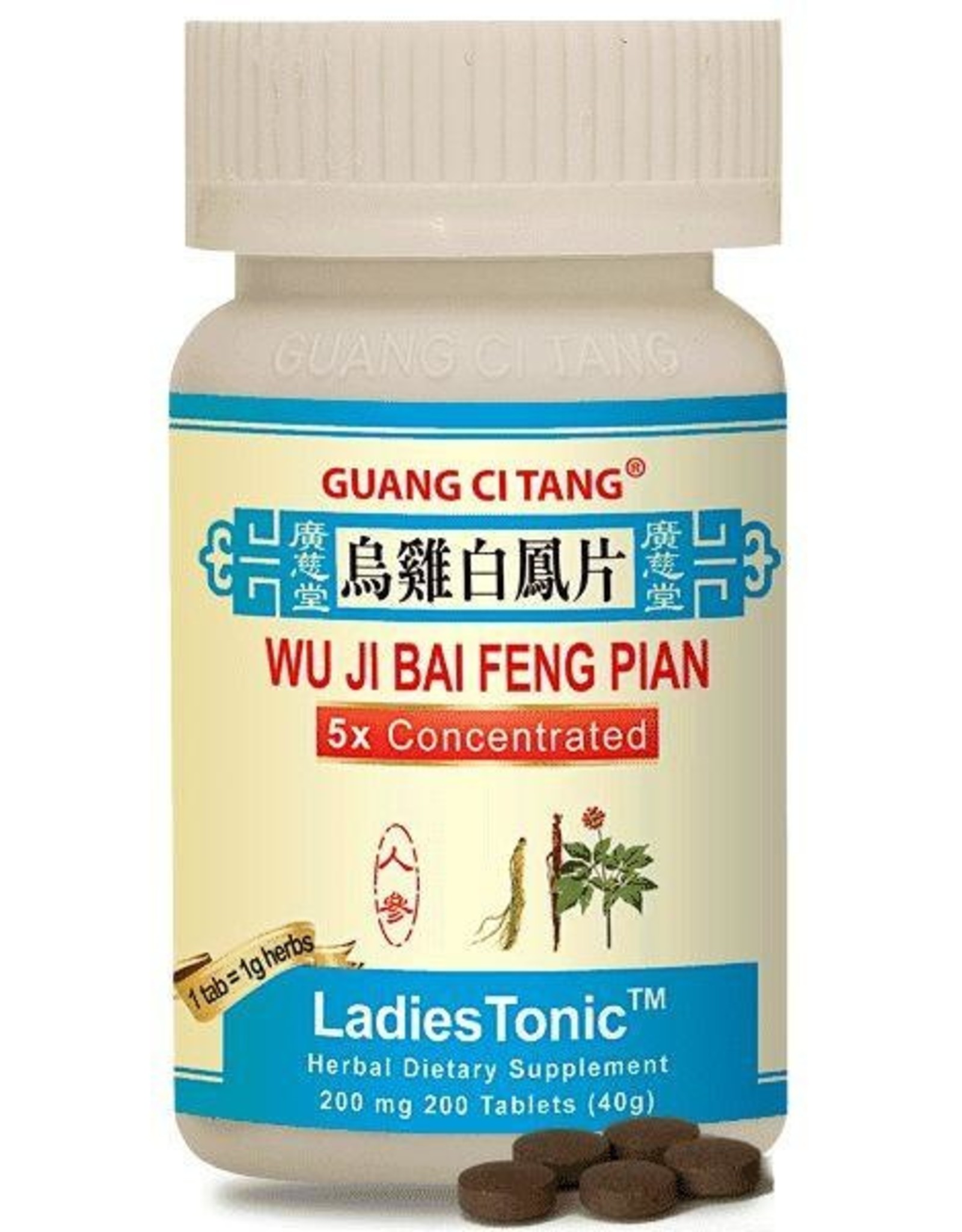 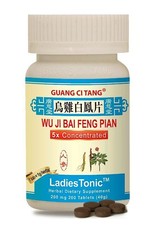 What does it do?
The Ultimate All-Around Support for Women†
Many women desire healthy-looking skin, a leaner physique, strong nails and silky hair, and, a regular, discomfort-free menstrual cycle, along with steady energy throughout the day.
Unfortunately with today's hectic-paced lifestyle, these attributes are the exception, not the norm.
Stress can rob you of Qi, the primordial energetic life force that circulates within your body. If you suffer from irregular cycles, frequently feel run down, have dry skin and hair or nails, or experience lightheadedness and discomfort in the joints, there's a traditional Chinese medicine formula that may help you feel more balanced.
LadiesTonic™ is one of the most commonly prescribed formulas in China for overall women's health. In the Orient, this is one of the most popular formulas for general well-being and beauty, although, men, too, can benefit from this storied remedy.
Proven, Ancient Formula Nourishes Qi & Blood †
LadiesTonic is an all-natural herbal remedy based on the centuries-old traditional Chinese medicine (TCM), Wu Ji Bai Feng Wan, which, historically, was reserved only for royalty; commoners could not afford this special herbal remedy. That's because this formula contains precious animal parts that were once considered rare, such as black chicken. In modern times, LadiesTonic has become the most popular tonic for women. Its popularity stems from its ability to nourish both Qi and Blood. And while there are other TCM formulas that have similar actions, it's the precious ingredients which sets it apart.
According to TCM theory, Qi and Blood have a very close, symbiotic relationship. Qi, in fact, moves the Blood.
If you suffer from a heavy period—or other menstrual or gynecological abnormalities, or general weak constitution—you likely have Qi and Blood deficiency. Qi deficiency manifests as tiredness, weakness, sweating, and difficulty breathing. The ingredients in LadiesTonic may help build your Qi, which in turn, nourishes the Blood. Blood deficiency is one of the most common patterns observed in women. It can manifest in several different ways such as the symptoms previously described. Moreover, Blood deficiency may lead to other patterns of disease in TCM theory. And how does Blood deficiency occur? In part from the monthly menstrual cycle but also from lifestyle choices, including poor diet and chronic stress.
How does LadiesTonic work?
LadiesTonic contains 20 ingredients. Few other TCM remedies possess this many herbs and other highly-specialized ingredients.
The namesake and chief ingredient in the formula, Wu Ji (dark-boned and dark-skinned chicken) is derived from a particular type of chicken that has black colored bones, meat, and skin with white feathers. In China, Wu Ji is both food and medicine for nourishing yin and blood. Its actions also include tonifying the Liver and Kidneys, and strengthen Spleen.
Ingredients in this formula that specifically tonify Blood include Shu Di Huang (Rehmannia Root, Cooked), Dang Gui (Chinese Angelica Root), and Bai Shao (White Peony Root), while Dan Shen (Salvia Root) and Chuan Xiong (Szechwan Lovage Rhizome) invigorate Blood.
The herbs that tonify Qi are Ren Shen (Asian Ginseng), Shan Yao (Chinese Yam), Huang Qi (Astragalus), and Gan Cao (Licorice Root); Xiang Fu (Nut Grass Rhizome) regulates Qi.
There are two ingredients that tonify Yin and two that tonify Yang. The former are Bie Jia (tortoise shell) and Tian Men Dong (Asparagus Tuber), while Lu Jiao Jiao (Deer Antler Glue) and Lu Jiao Shuang (Deer Horn Fragments) tonify Yang.
Both Sang Piao Xiao (Mantis Cradle) and Qian Shi (Euryale Seeds) act as astringents, thereby arresting abnormal discharge or leakage of fluids from the body. Mu Li (Oyster Shell) also contains astringent properties but is mainly added to the formula for extinguishing Wind.
Finally, there are two herbs that clear heat and cool Blood: Yin Chai Hu (Stellaria Root) and Sheng Di Huang (Rehmannia Root, Raw).
Ingredients
What is the formula composition?
A proprietary blend of
Black bone chicken