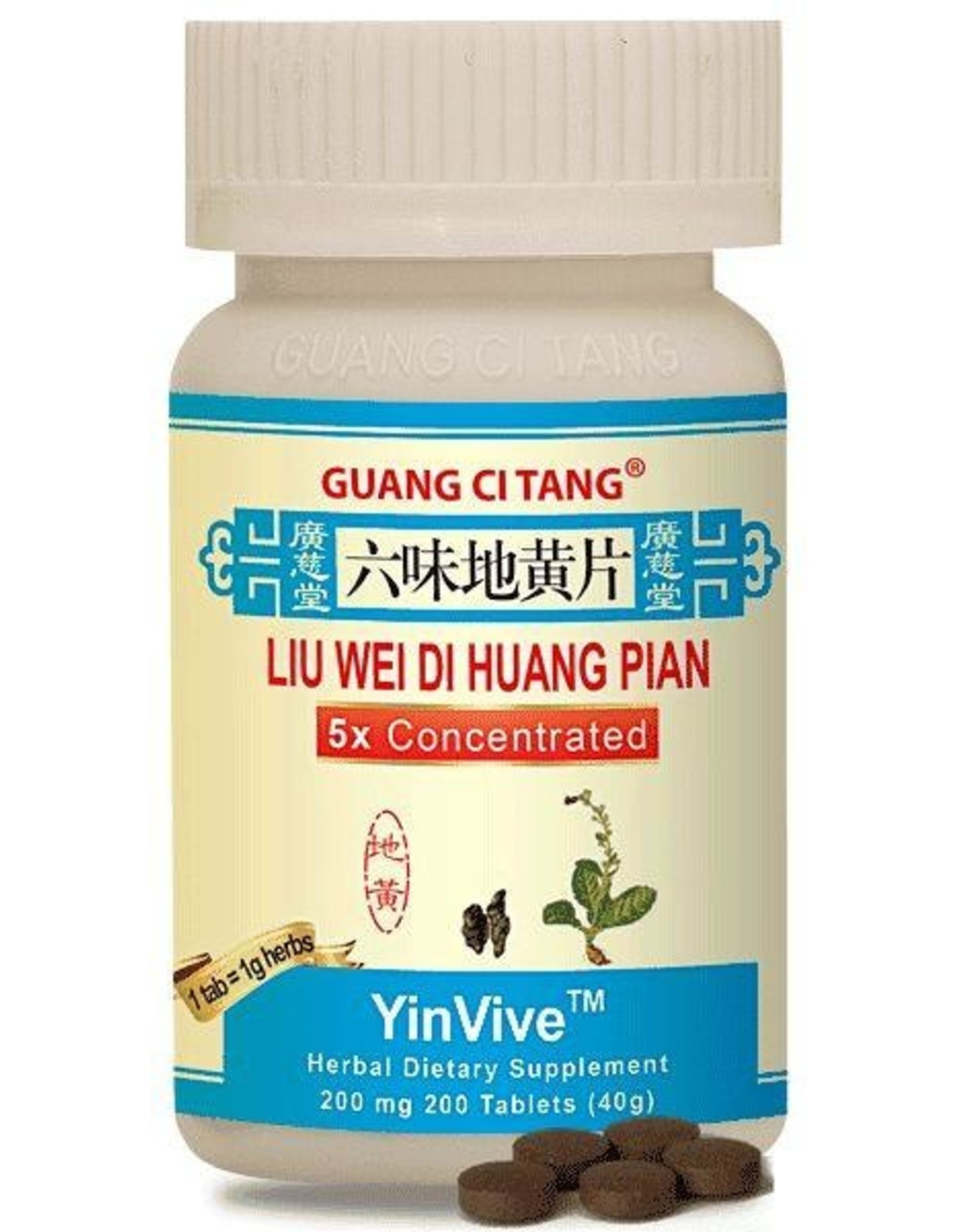 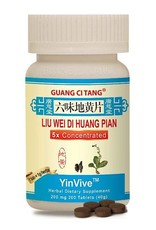 What does it do?
In Traditional Chinese Medicine (TCM), Liu Wei Di Huang Wan (YinVive™) can replenish Yin due to the Yin insufficiency of the kidney. The kidney is the innate foundation of all organs with respect to the Yin-Yang principles, Qi essence etc. When the kidney is diminished functionally, many other organs show malfunctions. It is thus vitally important to maintain the kidney in a good state. This explains why many symptoms seemingly unrelated to the kidney may be relieved by restoring the kidney Yin-Yang.
Liu Wei Di Huang Wan is indicated in China Pharmacopoeia1 for the Yin insufficiency of the kidney with a presention of weakness and soreness of the loins and the limbs, emission and sweating, lightheadedness, and occasional ringing in the ears.
Liu Wei Di Huang Wan is originated from Jin Kui Shen Qi Wan (YanVive™) which contains additional Chinese herbs that replenish Yang. These YinVive and YanVive pair are the widely used Chinese medicine to tonify either Yin or Yang energy of the body. In many cases, they can be applied to the same symptoms. Whether using YinVive or YanVive depends on whether the signs of Yin or Yang deficiency is present. Highlighted below are some instances in which YinVive may be used.
• Lower back weakness due to the Kidney Ying deficiency, which may manifest as weakness and soreness of the waist and legs, easily sweating and a sensation of feeling heat in the body such as hot flashes, a pale complexion and tiredness, lightheadedness, declined vision, or occasional ringing in the ears. In such cases, one may feel sick but doctors cannot find any underlying cause. These are common problems for people, especially professionals who spend hours in front of a computer each day and who are getting older (e.g., over 40).
• Sexual wellness. In the case of Kidney Ying deficiency, one may experience poor male performance. The back feels weak the next day and it takes longer to achieve a follow-up erection.
• Support glucose levels that are already in the normal range.† TCM considers elevated levels of glucose has a nature of Yin deficiency. Supplementing Yin energy may help the glucose levels stay normal.
• Support a smooth menopausal transition.† Temporary hot flashes associated with menopause is a sign of Yin deficiency.
Does research support YinVive?
While modern biomedical studies have yet to reveal the basis of the kidney Yin-Yang and how Liu Wei Di Huang Wan works, some research found that Liu Wei Di Huang Wan can increase the number of T lymphocytes and regulate the production of cytokines2, 3 and thus Liu Wei Di Huang Wan may regulate the immune function of our body. Liu Wei Di Huang Wan can also increase the production of sex hormones and adrenal cortical hormones in animal studies4. Moreover, Liu Wei Di Huang Wan supports healthy blood sugar levels and increases the activity of superoxide dismutase (SOD) in the diabetes rat model4†. SOD is a key enzyme for eliminating free radicals in the body and its enhanced function prolongs lifespan in animal studies.
In multiple controlled human clinical trials, Liu Wei Di Huang Wan is reported to be beneficial in supporting the blood sugar levels within the normal range.5†
In a human clinical trial, 23 women undergoing menopause were treated with Liu Wei Di Huang Wan for 3 months, the symptoms of hectic fever, hot flash, sweating, palpitation, and restlessness were significantly improved in 39.1% patients. Additional 60.9% showed some improvement.6†
Ingredients
What is the formula composition?
A proprietary blend of
Radix Rehmanniae Preparata
Fructus Corni Officinalis
Cortex Moutan Radicis
Rhizoma Dioscoreae Oppositae
Sclerotium Poriae Cocos
Rhizoma Alismatis Orientalis
(Shu Di Huang)
(Shan Zhu Yu)
(Mu Dan Pi)
(Shan Yao)
(Fu Ling)
(Ze Xie)